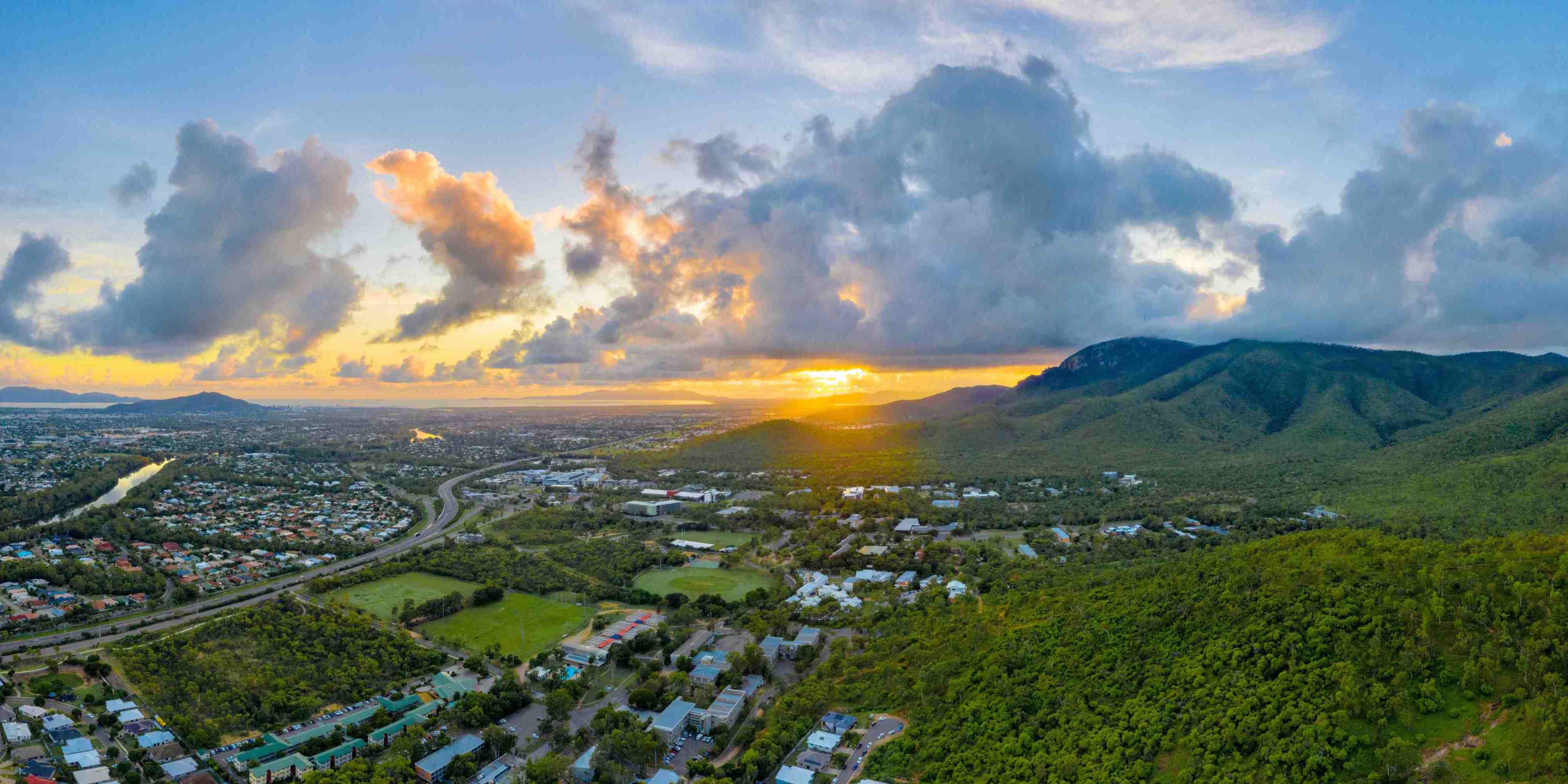 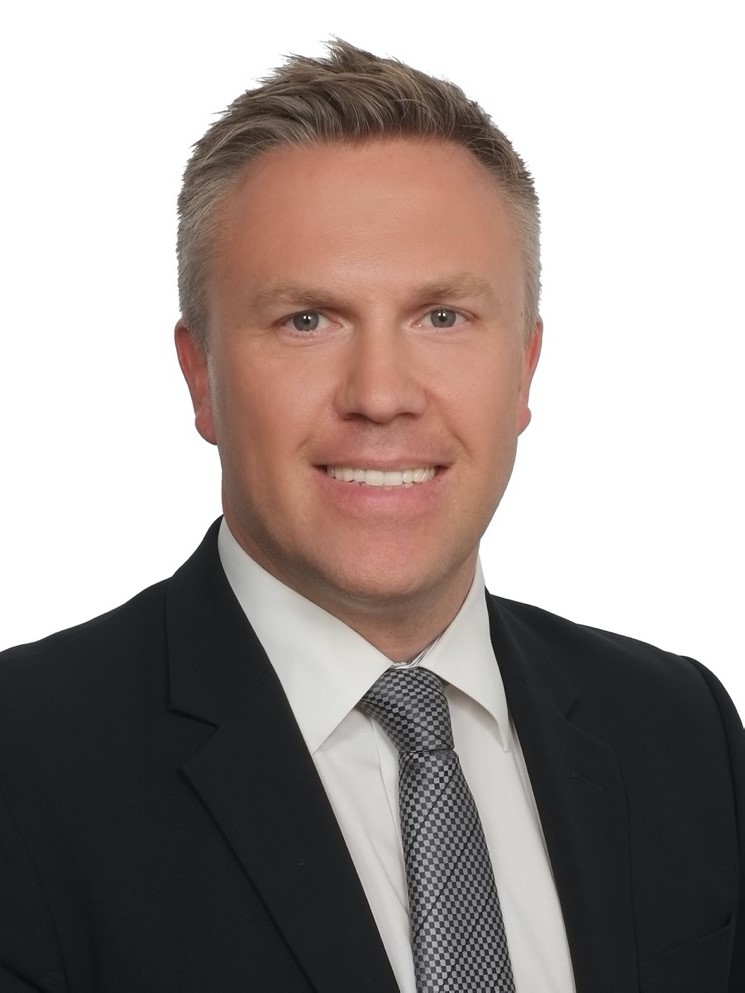 Faced with a multitude of legacy room-based video technology systems, a leading university has deployed Pexip to anchor its video strategy, optimize return on investment and meet its sustainability commitment.

There’s a lot to think about when you’re running the digital communications infrastructure of James Cook University (JCU), which has campuses in Townsville, Cairns, Mackay, Thursday Island - not to mention Singapore - and scores of smaller sites. JCU is based in Australia.

Video is a vital way to connect all 15,000 full-time students and 5,000 staff, and bring an outstanding curriculum to life.

A leader in tropical research and innovation

JCU’s areas of specialty include marine and freshwater biology, biodiversity conservation and brain research. It is the #1 university in the world for marine and freshwater biology and #2 for biodiversity conservation. JCU has 21 specialized research centres and institutes, eight campuses in Australia as well as its international campus in Singapore. 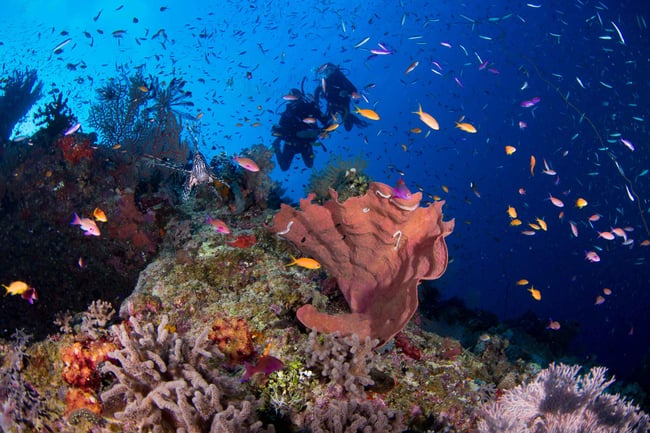 The university is also heavily focused on outreach with the wider community and local indigenous population. It frequently makes its technology available to people in the community as a way to bridge the digital divide using video for community engagements, as well as for corporate use and executive board meetings.

“Video communication is part of what we do,” says Kevin Lane, Head of Digital Infrastructure Solutions and based at JCU’s Townsville campus. “We are a teaching institution, and we rely on video heavily for education.

“If our video platforms failed, and we couldn't teach through video conferencing, it would affect our business significantly. It'd be hard to put a dollar value on it, but there would be a major impact.” 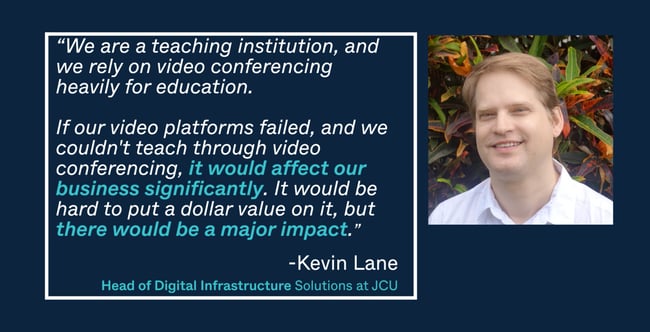 Need for a flexible, scalable and interoperable solution

Lane’s team is responsible for all of JCU’s network communications infrastructure, including business telephone systems, video conferencing and firewalls. He says the university’s room-based video conferencing units, which included Tandberg as well as Cisco equipment – were aging to the point of no longer being supported by the vendors.

JCU decided that merely updating its physical video conferencing units was not forward-looking enough in an era when more people want to access video on their own device. As cloud-based (software as a service) video conferencing and soft codec (compressed digital video formats) have become more common, “it simply wasn’t the way the world was heading,” Lane says.

“People are getting out of that physical video conferencing system space. We were expressing frustration to our partner office about how hard it was to find a solution. And they said, ‘Have you considered Pexip?’

How Pexip became the right answer

The recommendation ignited JCU’s partnership with Pexip when the university decided against deploying a single platform such as Microsoft Teams or Zoom as a single solution. In early 2021, JCU began conversations with Pexip and collaborated to develop a proof of concept implementing the Pexip Endpoint Subscription service with device registration and call control.

This enables JCU to re-use over 120 aging video conferencing units and Cisco equipment hardware so they could receive point-to-point calls with other video systems internally and externally - Microsoft Teams, Google, Zoom and others - without the need to deploy additional video conferencing infrastructure.

Pexip’s advantage was that it was seen as flexible, providing the best user experience and able to accommodate different platforms already being used on premises by teachers and students with minimal disruption. “It was important to maintain similar contexts and functionality. We didn’t want the staff to have to relearn everything,” Lane says. 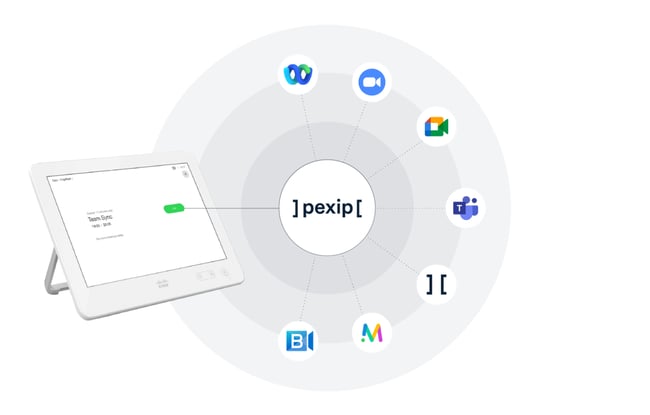 “Different platforms across departments and partners makes it difficult for us to engage with each other properly,” Lane says. “So, we had to consider Pexip as potentially filling that role in this multi-video conference technology world we’re living in. We could future-proof our entire call control and management capabilities as well as enjoy seamless video calling on a dedicated, quality assured network.”

Looking to the future

Over the next couple of years, JCU seeks to transition about 120 of its video conferencing rooms – replacing them with new equipment and designs. Lane says this will happen across the university’s main campuses and remote sites; almost every hospital where students are undertaking placements, as well as student accommodation locations. Lane says the experience of working with Pexip was positive.

“Shifting from our legacy infrastructure to utilize Pexip in our environment was seamless.  Given the scope of the project across network and devices, it involved broader team engagement within JCU. Our Senior Infrastructure Architect, John Croft, with VAVs Specialist Nick Patterson, found both design and implementation of the proof of concept to be straight forward and intuitive.  This ease of use made Pexip not only a suitable solution, but one that worked with our low resources and sustainable approach to technology.”

Security and privacy of user content had to be considered carefully in this transition - another key consideration for JCU. Pexip’s Control Center has also been particularly useful in monitoring the university’s device and network set-up, keeping abreast of technical issues and providing data about video usage at a glance.

“Pexip is removing an element of risk within our environment,” he says. “It’s buying us more time to make the right decision about our video conferencing architecture. Video conferencing is part of what we do – and Pexip has definitely given us that breathing room to make sure we can move into the future appropriately.”

Importantly, by re-using aging technology and devices, JCU is demonstrating its commitment to reducing waste.

“The implementation has meant we’ve extended the lifespan of our video conferencing technology, saving it from landfill and giving it a second life.”

Learn how to get the most from your existing video hardware and platforms while reducing ongoing costs.

President, APAC
Paul Pettersson is the President for Pexip in APAC and has over 20 years of experience in the video and collaboration industry around the globe. Paul has led high touch sales, channel partner management, vertical integration and business development all of which would support customers in simplifying complex video conferencing and empowering people to collaborate. Paul is currently based in Singapore and is a strong advocate of enabling creative collaboration solutions to help customers enhance their business outcome. Prior to joining Pexip in January 2021, Paul held leadership positions in Cisco Systems and Tandberg cross Europe, The Middle East and Asia.